You are here: Home / Kids & Finance / Having a Baby is the Worst Possible Financial Decision You Can Make

Want to know the worst possible financial decision you could make? Have a baby.

Then unless your child is Steve Jobs-precocious and drops out of college in the first semester, you need to add a hefty charge for college expenses. (I know there are non-Steve-Jobs exceptions to four years of college, including many important blue collar jobs as well as “professional video gamer” 🙂 but college is the most common path for middle class families.)

Related: We’ve Sunk over a Quarter Million Dollars on School Tuition With College Still to Come

Most people’s next biggest expense – buying a house – is a distant second. The median and average cost of buying a house in the United States in November 2016 (the latest month with finalized data) was $234,400 and $276,600, respectively. That’s still a big chunk of change, but you have to live somewhere, so this lands in my necessity column. A far cry from the choice of babydom.

You can put a price tag on the cost of raising a kid, but it’s hard to quantify the benefits. But let’s try. Following is a reckoning, with some additional costs thrown in that officials had trouble calculating.

$10,000 – Joy and anticipation when you realize you’re pregnant
$100,000 – Pride you feel when the baby is first born and you carry her around like a fragile piece of china
$10,000 – Realization that the kid is actually pretty durable, and can withstand (and enjoys) a toss into a snowbank now and then
$25,000 – Ego boost when she reads before her peers
($15,000) – Ego deflation when she can’t bother to walk until 18 months
$10,000 – Seeing first steps
($1,000) – Seeing first steps through her dirty diaper and across the carpet
$50,000 – Hearing first “I love you”
($50,000) – Hearing first “I didn’t ask to be born” (Praying we never experience this one)
($75,000) – Realization that only private school will do for your ‘gifted’ child
($10,000) – Realization that despite many years in private school, she doesn’t have any skills that will land a free ride to college
Priceless – Realization you are fulfilling God’s plan for your life to be fruitful and all that

The Grand Total benefit of raising a child = $54,000+Priceless = a pretty good reason to have kids, despite the expense. 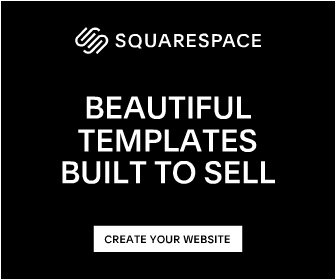